Are You Flossing Under The Gumline The Right Way?

Flossing your teeth every day or as a dentist directs is the best way to protect yourself from developing gum disease, cavities, and other oral health problems. It's just as important to make sure that you're doing it right, though. There are two common mistakes with flossing gums that people often make, so find out if you're making them by reading this.

Flossing under your gumline needs to be a part of your flossing process if it isn't already. Using your bottom teeth as an example, you should pull the floss down the side of one tooth, past the gumline, back up the other side of the gumline, and then pull the floss against that tooth on your way back up.

It's important to always make sure that the floss goes under the gums because this is where the nasty bacteria responsible for gum disease and cavities lie. If you stop flossing when you reach the gums or don't use a scooping motion to get the majority of the gunk out, you're not getting the full effects of flossing.

The other big problem that many people have is that they're too harsh on their gums. Yanking the floss down so that it hits the gums or using a sawing-like motion is a bad idea. You want to be as gentle as possible on your gums, especially if they're already going through gum disease.

Being gentle is important for a few reasons. For one, you don't want to irritate your gums and cause inflammation. For another, if you accidentally cut your gums, you could allow the bacteria in your mouth to escape into your bloodstream. Doctors and scientists now believe that oral bacteria are responsible for a wide range of problems, like cardiovascular disease and even dementia. It's only able to cause problems once it makes it into your blood supply, so you want to prevent that from happening as much as possible.

Lastly, the part of your teeth that's hidden under your gums lacks enamel. This basically means that being too hard when you go under the gumline could cause damage to the soft parts of your teeth.

If you're not sure if you're flossing correctly, talk to your dentist and ask them to show you proper flossing technique. It's better to know that you're doing it the right way than to keep spending time on it without getting the full benefits, after all! To learn more, contact a company like RTC Dental. 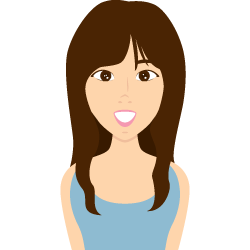 There are many people, like myself, who were not blessed with a naturally perfect smile. Like me, many people put off getting the orthodontic treatment that will give them the gleaming, perfect smile they need to live life with the highest level of self-esteem. Why do we put these treatments off? Because we don't know enough about the treatments, we aren't sure if we can pay for the treatment, and we just never put ourselves first. Fortunately, there is a plethora of information on the web that can help you make the educated decision to go ahead with orthodontic treatment. Much of this information has been provided to you in this site to make your research period easier and faster.